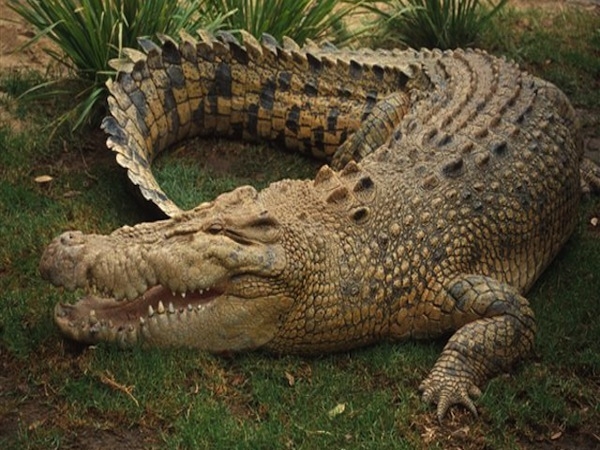 Rubondo Island National Park was gazetted in 1977. It is an important breeding ground for both migratory birds and fish species (especially Tilapia and Nile perch) as for a long time it stood to be the only area in the waters of Lake Victoria which was well protected and preserved.

About 80% of the park is covered by a dense forest thus providing a variety of habitats to wildlife ranging from savannah, open woodland, papyrus swamps to dense forest. These habitats form a home for various wild creatures such as sitatunga, bushbucks, velvet monkeys, genet cats, spotted necked otters, hippopotamus and crocodiles which share the ecological niches with introduced species such as chimpanzees, elephants, giraffes, black and white colubus monkeys, suni and African grey parrots. The park is famous by holding a variety of migratory birds from different parts of the world and some birds native to the area are in Emin Pasha Gulf with the African fish eagles distinctly appreciated.

The park is located on the south-western corner of Lake Victoria in Geita region about 150 km (95 miles) west of Mwanza city. The Lake (Victoria) is the second largest lake in the world. The Lake is also the source of the longest river in the world, River Nile.

Beautiful and attracting beaches such as Fly catcher, Mchangani and Michicoco

Important gulfs of Irumo and Kamea

Clear sighting of both sun rise and sun set

Cultural sites such as “Ntungamirwe”, “Maji Matakatifu”, “Altare” and “Solo” which explain the life of natives who once stayed in the park

Lodges: One lodge operating in the park, maximum capacity 20 pax per night, the lodge is under the management of Asilia lodges and camps, a privately owned company with its headquarter based in Arusha, specialized in tourism operations worldwide.

Bandas: Located about two kilometers from the Park headquarters with 1 unit of well maintained uniport with triple beds inside/self contained and 5 double bed rooms all self contained with hot shower service. Maximum capacity 13 pax per night.

Rest house: Owned by TANAPA and located about two kilometers from Park headquarters with 2 singles, 1 triple beds room and 1 double bed sized room all being self contained with TV and hot shower. Maximum/full capacity is 7 pax per night.

Resting shelters: Four resting shelter located at bandas facing a magnificent view of the lake where visitors rest while enjoying the lake breeze during a day.

Dining and Kitchen: A well maintained and fully equipped facility comprising of dining and kitchen owned by the park, all visitors are advised to bring in some foodstuffs while the park provides kitchen and dining facilities. Note that, the place is self catering.

Campfire: The dining/kitchen facility faces a fireplace where fire is normally lit for visitors to stay nearby during evening times while enjoying their barbecue and drinks.

Shop: One shop owned by TANAPA Rubondo staff located at Park headquarters which sells some household items and beverages for both staff and visitor uses.

Public Campsites: Mlaga campsite which can accommodate up to 30 persons one per night. (Not operating currently)

Picnic Sites: Four picnic sites two of which being located at Maji matakatifu, one at Pongo view point and one at Mamba trail, they all face a spectacular view of the lake at different sights which together bring the aesthetic value of the park thus adding to visitors satisfaction.
Park Activities