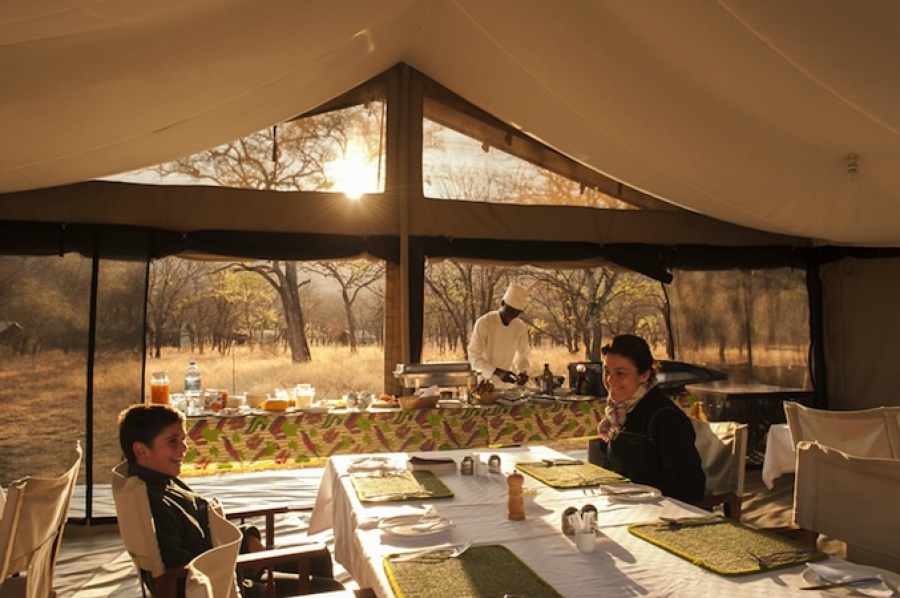 With under canvas  safari we use accommodation in tented camps. Some of the camps are mobile--  moves around and  within range of the massive herds  of the Great Migration in Serengeti.Experience  safari in spectacular solitude and soothing comfort - with only the canvas walls of your tent separating you from the wonder of wilderness.
This 3 day Classic Under Canvas Safari Package is based on a 2 night stay in one of the prime game viewing areas of  Serengeti National Park. The package is ideal as an affordable option for short bush breaks and those who want to get away from it all in the wilderness.

Day 1: Depart from Arusha in the  morning for  Serengeti National park, with picnic lunch box. Lunch at the Serengeti entry gate. The Serengeti ecosystem is one of the oldest on earth. The essential features of climate, vegetation and fauna have barely changed in the past million years. Early man himself made an appearance in Olduvai Gorge about two million years ago. Some patterns of life, death, adaptation and migration are as old as the hills themselves. Game drives en-route with picnic lunch dinner and overnight Kati Kati Tented camp.

Day 2: Following your early morning wake-up call with coffee/tea and rusks, you will head out on vehicle safari game drive,  track African wildlife such as lion, buffalo, elephant, rhino and cheetah. After the game drive, a hot brunch will be served at camp.
After lunch, you are taken out on an afternoon game drive which also doubles as a night drive since you return to camp after sunset. This experience will give you the opportunity of spotting nocturnal African wildlife in their natural habitat. A traditional African dinner is served on your return to the camp. Discuss the days' sightings with new friends around the fire with an after dinner drink before turning in for the evening.

Day 3: After another early wake up call, depart on the final morning game drive where you will have a last chance at spotting any animals that you might have missed so far. Breakfast is served once you arrive back at the camp. After breakfast   drive back to Arusha.