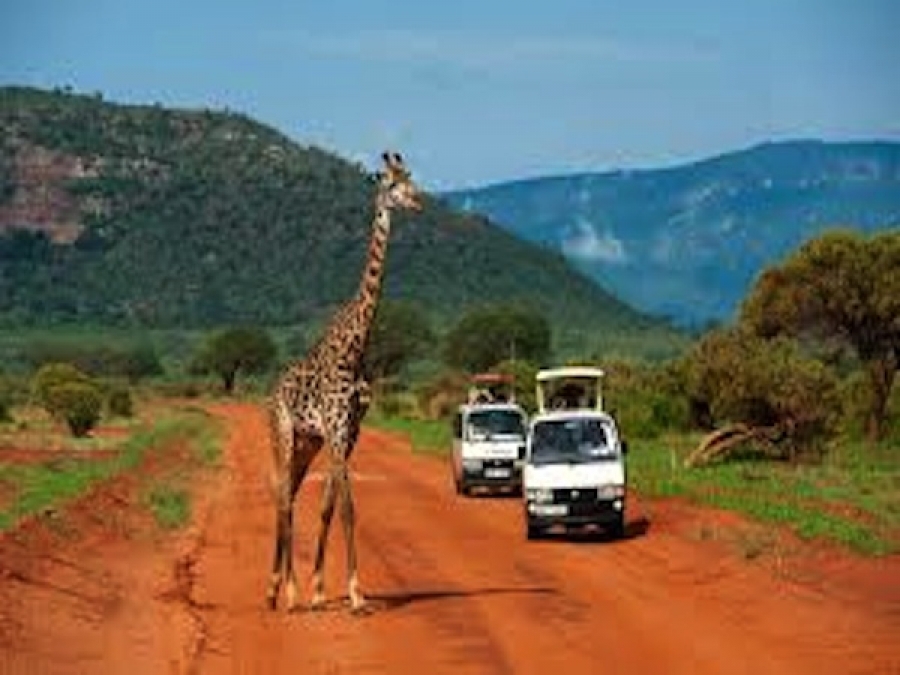 In contrast, Tsavo East consists of arid flatland, desert and is far less visited than Tsavo West. Many animals have migrated into this part of the park from areas where the vegetation is too dense for them. The Kongoni and zebra now reside here in large numbers.

Location: Is located in Northern Kenya just north of Isiolo around the banks of the Ewaso Ngiro River.

Birdlife: Over 500 bird species have been recorded in the area, including ostriches, kestrels, buzzards, starlings, weaver birds, kingfishers, hornbills, secretary birds and herons.

Access: The main access routes are through Chyulu Gate from Amboseli and Mtito Andei Gate from Nairobi (240 km) and Mombasa. Visitors from Mombasa also use Tsavo Gate near Manyani. The park can also be reached via Taveta-Voi road through Maktau, Ziwani and Jipe gates.

Access: From Nairobi via Voi through the Voi gate or Manyani gate. Similarly, from Mombasa via Bachuma gate.
From Malindi, via Sala gate. This road was recently graded and is attracting many visitors from North Coast.

Airstrips: There are six airstrips in the southern part of the park and thirteen in the Northern part.

There are no scheduled flights to the Park but chartered light planes can be used.

To do: Game viewing, Walking Safaris along the Galana, Bird watching.

Accommodation: Tsavo East has got one lodge Voi Safari Lodge.

Public camps: - Ndololo, Kandri, Main gate campsites. All these campsites have no facilities.